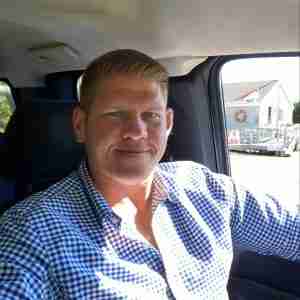 The son of Air Force enlisted veterans, Christian spent his formative years growing up on Joint Base Andrews in Maryland and Grand Forks Air Force Base in North Dakota. Christian’s parents eventually retired and moved to Hyannis, Massachusetts, where Christian finished middle school and graduated from Barnstable High School. While in high school, Christian played varsity football – on both the defensive and offensive lines – and worked various jobs when he was not in school or on the football field.

Following graduation, Christian started to train in mixed martial arts and eventually rose to the professional level. While he learned and traveled a lot, Christian later returned to his home, Cape Cod, and has been working construction for over fourteen years – most of which has been with gutter installation. During this time, Christian plied his trade and discovered that his real passion lies in people and serving his community – and he really loves gutters!

In 2017, Christian opened Morecraft Seamless Gutters and has never looked back. Since then, he has been singularly focused on delivering high-quality service and treating customers with dignity and respect.

Christian is proud to be an active member of the local business community, and he makes friends wherever he goes. He resides in Centerville, Massachusetts, and you may run into Christian at the gym, in jiu-jitsu class, or at the local Cumby’s. Please say hi!